Considering an internship or a Spanish language course in Seville? Well here are 5 amazing places in Seville that might just convince you! For many people Seville is one of the most beautiful cities in the world. The Andalusian capital impresses all its visitors with its wonders. Its countless attractions make this city the third most visited in Spain. Monuments allow tourists to travel back through the ages and explore the different moments in history. It has the largest historical centre of Spain and one of the three largest in Europe, alongside Venice and Genoa. Seville is known for its nightlife and the colourful and lively “Feria de Sevilla”, long awaited by all Sevillians each year.

It’s impossible not to think about the Giralda when we talk about Seville, it’s the most iconic feature of the city. In the beginning was the minaret of the old Mosque of Aljama, on which the Cathedral was built and is now its bell tower. From the outside you can see the changes it has undergone, the lower two thirds are original minaret of the late s. XII and at the top the Renaissance build with the work of Hernán Ruiz. We recommend that you climb the bell tower to enjoy the fantastic view of the city. 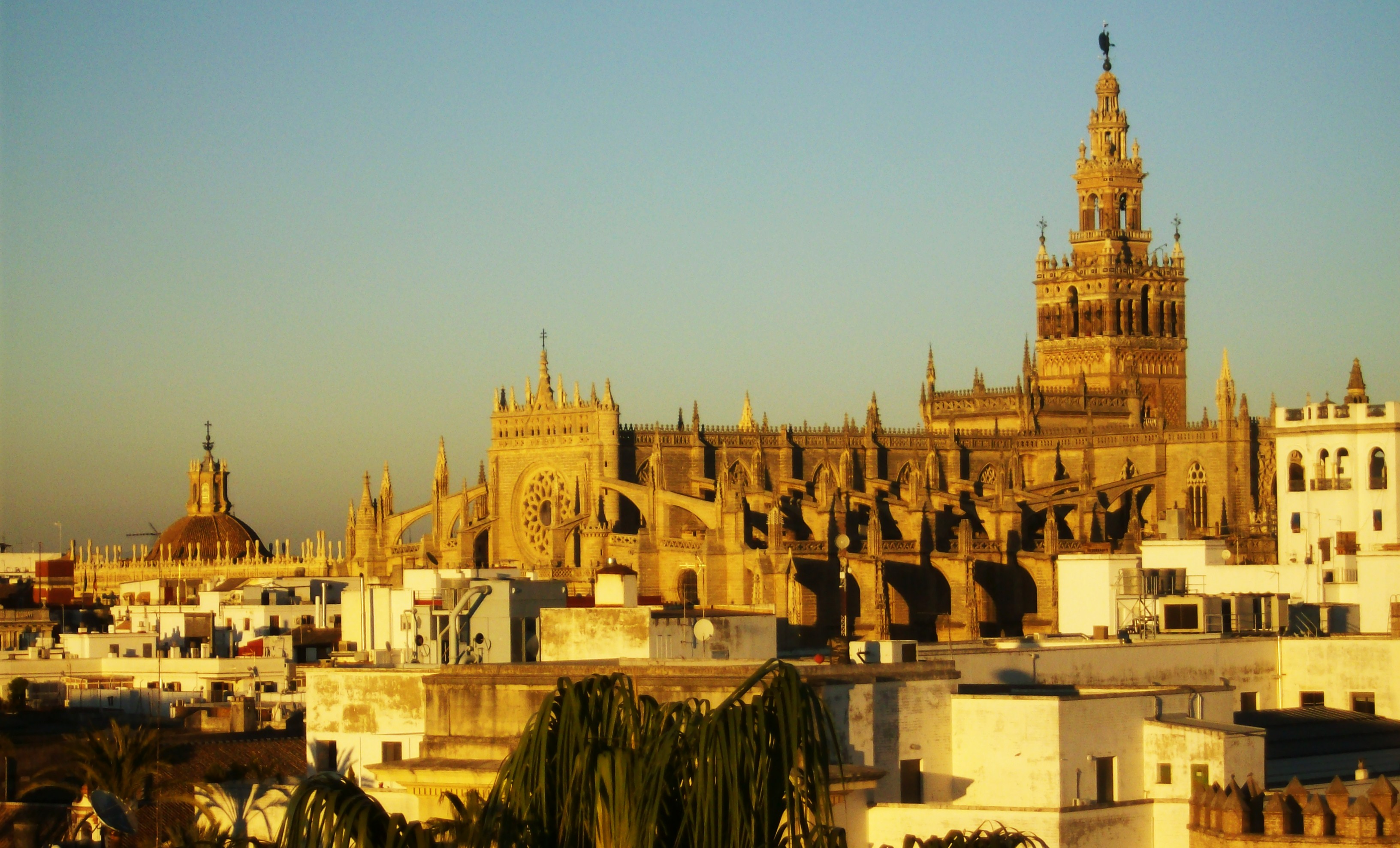 On the left bank of the river Guadalquivir is the Torre del Oro, in the Paseo Cristobal Colón. It’s an Almohad tower that was part of the city walls that defended the Alcazar. It was used as a chapel and later as a prison, now houses the Naval Museum of Seville. 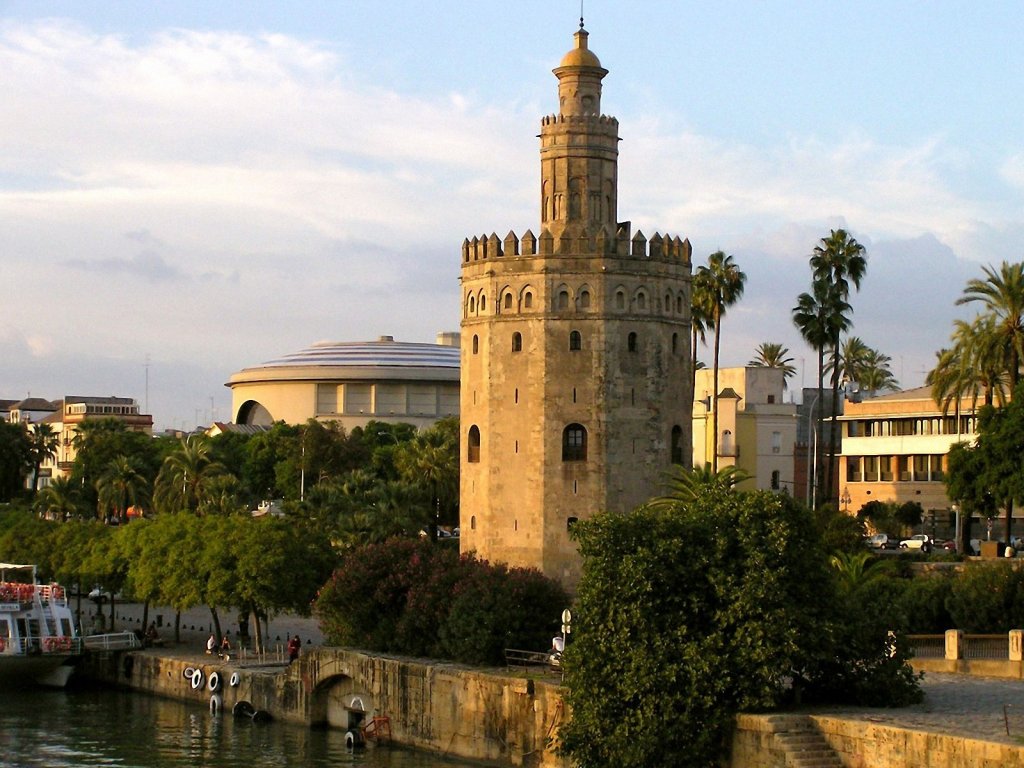 Los Alcázares and La Giralda represent the most important Hispanicmuslim heritage of the capital, which today isn’t more than a vague reflection of what once was. It’s the longest active Royal Palace in Europe. It’s a spectacular succession of spaces corresponding to different moments in history and reflects the artistic tastes and interests of different governings. It is joined to the gardens of the Alcázar compounds by several terraces, fountains, orange and palm trees.  This makes it an idyllic environment for filming, and a lot of movies and TV series, such as Game of Thrones, have been filmed here. 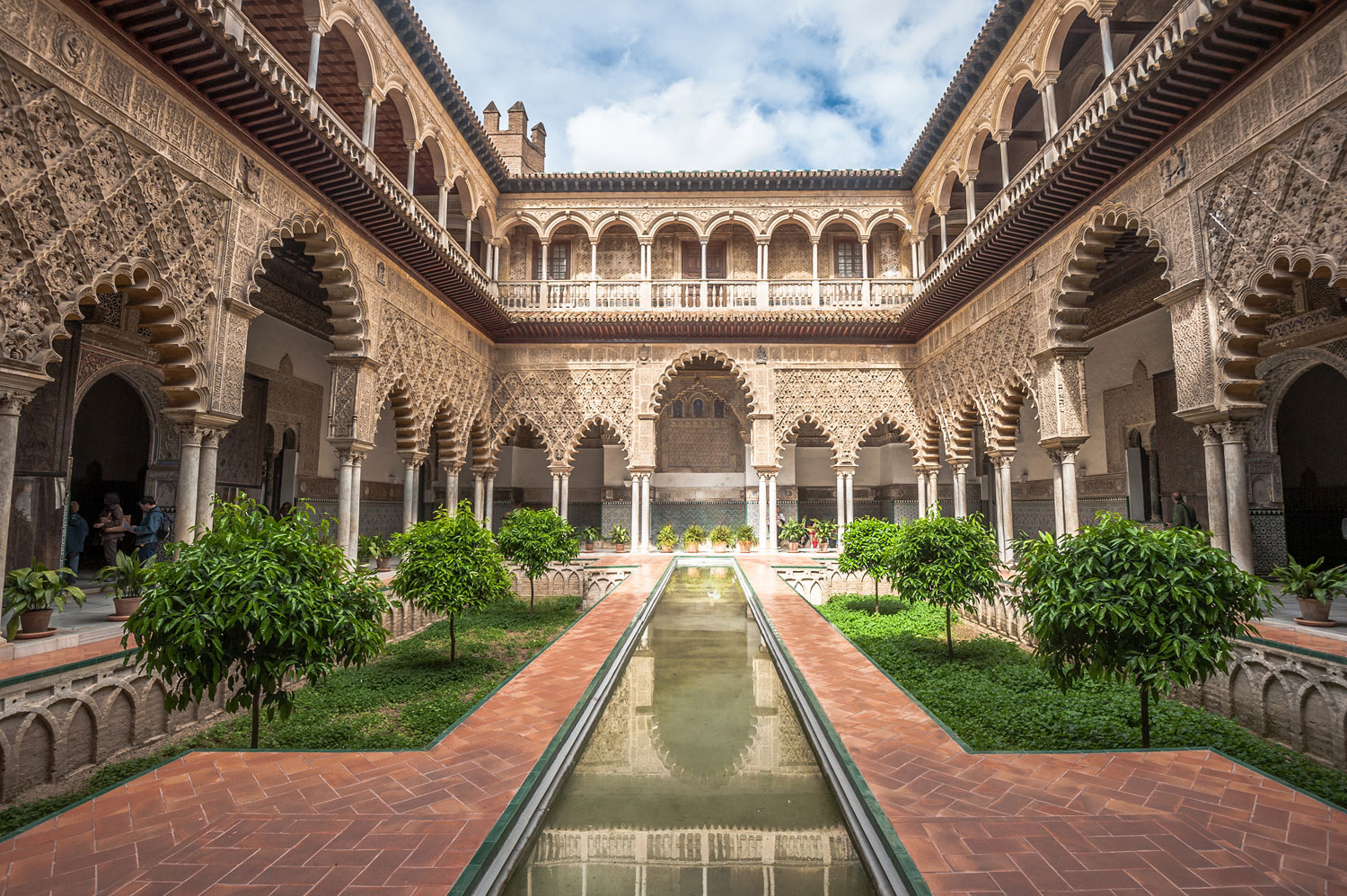 This plaza located in Maria Luisa Park, designed by architect Anibal Gonzalez for the Ibero-American Exposition, is one of the most spectacular works of Andalusia. Its large dimensions, haves semi-elliptical shape and symbolizes Spain and its ancient colonies. It is oriented towards the river, showing the way to America. Inside the square there is a navigable river with four bridges representing the four ancient kingdoms of Spain. The central building is the headquarters of Military captaincy. For its combination of styles it has also been chosen as the setting for films, among the most famous are: Lawrence of Arabia, Star Wars Episode II: Attack of the Clones and The Dictator.

We recommend the Glorieta de Gustavo Adolfo Becquer, one of the most romantic places in the park, consisting of marble figures of three women representing the three stages of love: excited love, possessed love and lost love.

This is the third largest cathedral in the world, a World Heritage Site by UNESCO in 1987. It has a beautiful and mystical atmosphere that captivates tourists. At the main entrance of the Patio de los Naranjos hangs the famous “lizard” that speaks several popular legends. And in the Royal Chapel we find the buried remains of some of the members of the Castilian-Leonese royalty and the tomb of Cristobal Colón. In addition to large number of paintings by Murillo. 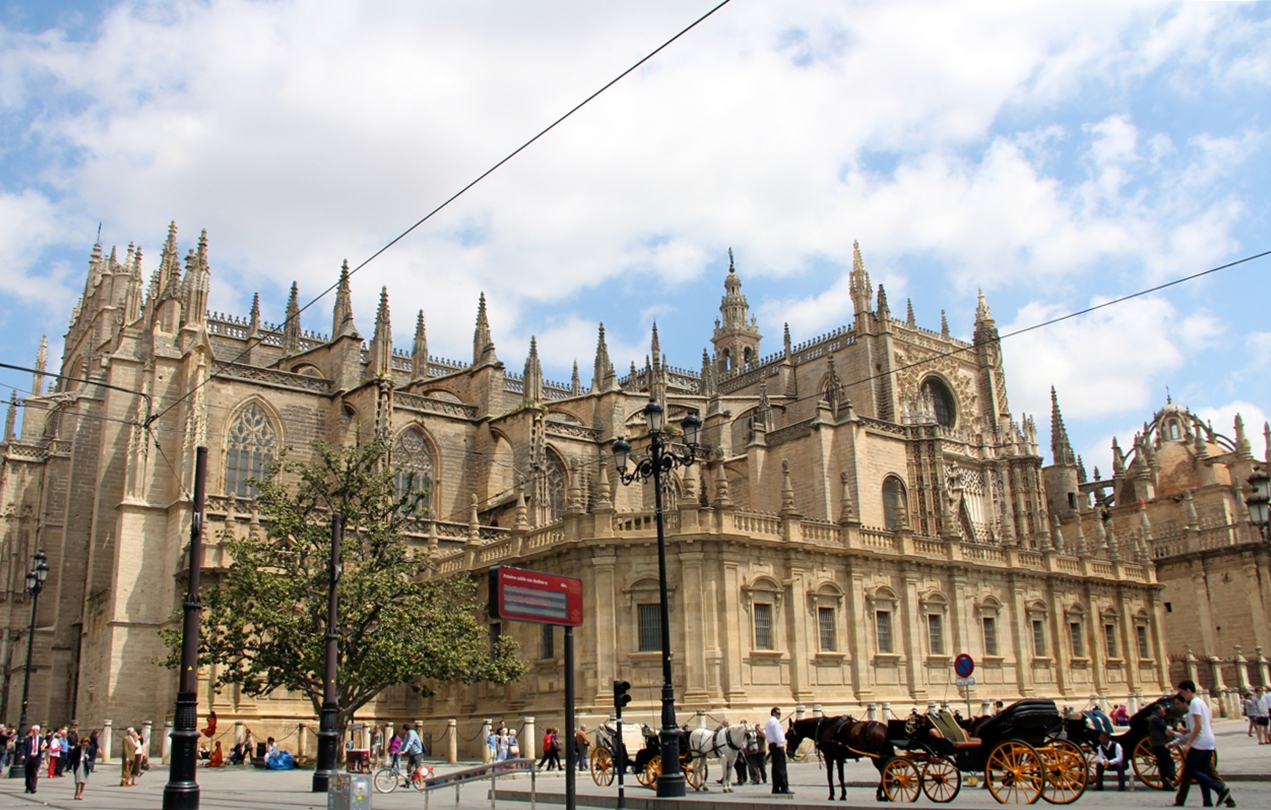 Don’t wait any longer, pack your bags and spend some time in this wonderful city! Come in the spring / summer when it will be a feast for your senses: the sun on your skin, the smell of orange blossom, the light of its streets and the gastronomy!

Experience what Seville has to offer with a Partnership International internship or a Spanish language course in Seville. We also offer a way to explore this amazing city with our Au Pair Spain programme. Start your adventure today!