My first Impressions of Cork

Hey my name is Chris!

I am a foreign correspondence clerk to-be from Berlin and decided to do an internship in Cork, Ireland via the ERASMUS+ programme.

My arrival in Ireland

Me and a classmate arrived in the late afternoon in Dublin and then took an Aircoach to Cork City. The 3 hour ride mostly lead us through endless fields with a few smaller woods and some castle ruins. We reached cork at approximately 8 p.m. where we were welcomed warmly by our host families. When I got to my host families house at the south side of the city, we sat in the kitchen a couple hours, had a nice cup of tea and a talk before I got into bed finally. For the next day there was a meeting scheduled at 9 a.m. at the Partnership International office. We received our bus cards and any other relevant information and were welcomed by our project manager Chris Bennett, who gave us a nice tour around the city and then released us into the day to explore and enjoy the city on our own. (Which we all highly appreciated 🙂 )

Cork is an absolutely amazing city!!!

I, of course, did some research about the city in advance on Google street view etc. but actually all my expectations have been exceeded when I finally arrived here. Even as a big-city child, I can tell Cork is a city full of diversity which I in case wouldn’t have expected anyway. The heart of the city is located on a small peninsula between two branches of the River Lee, which flows into the Atlantic Ocean. The most vibrant places are basically St. Patrick Street and the parallel Oliver Plunkett – and Paul Street as well as the various small alleys connecting them with each other. 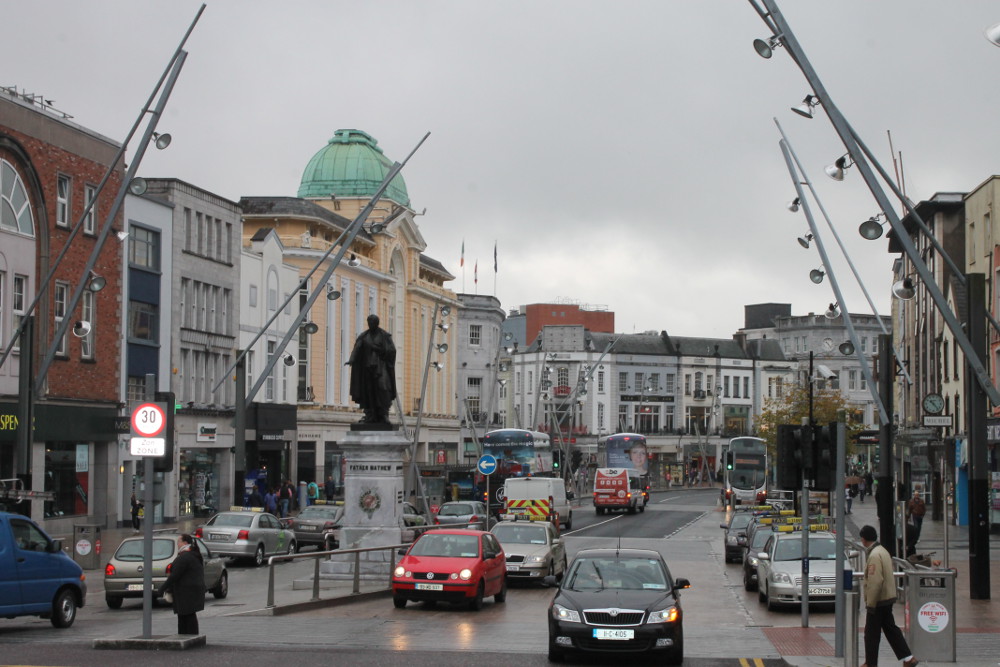 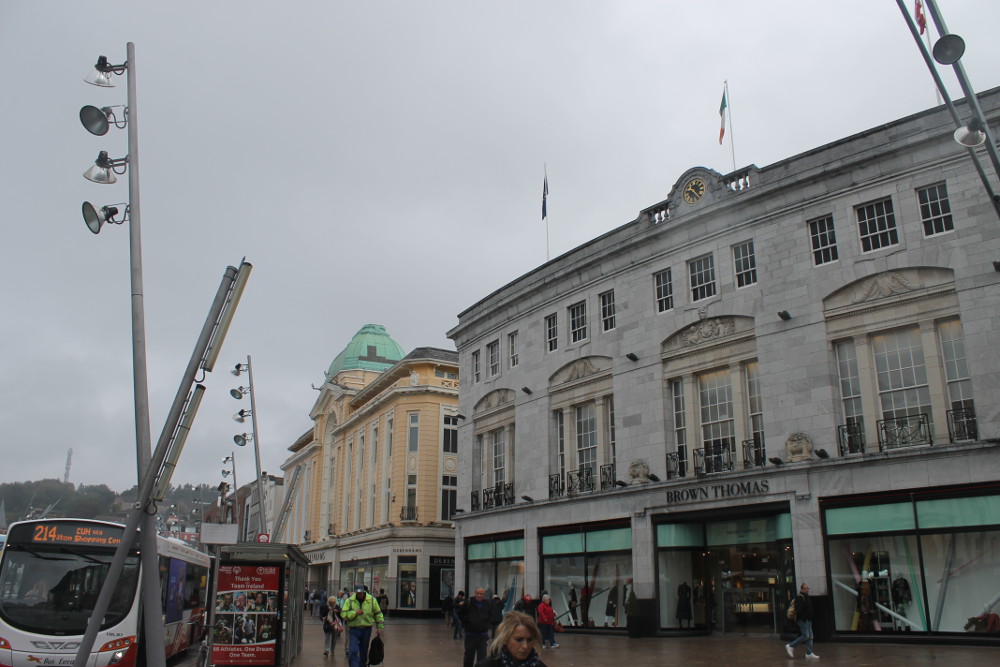 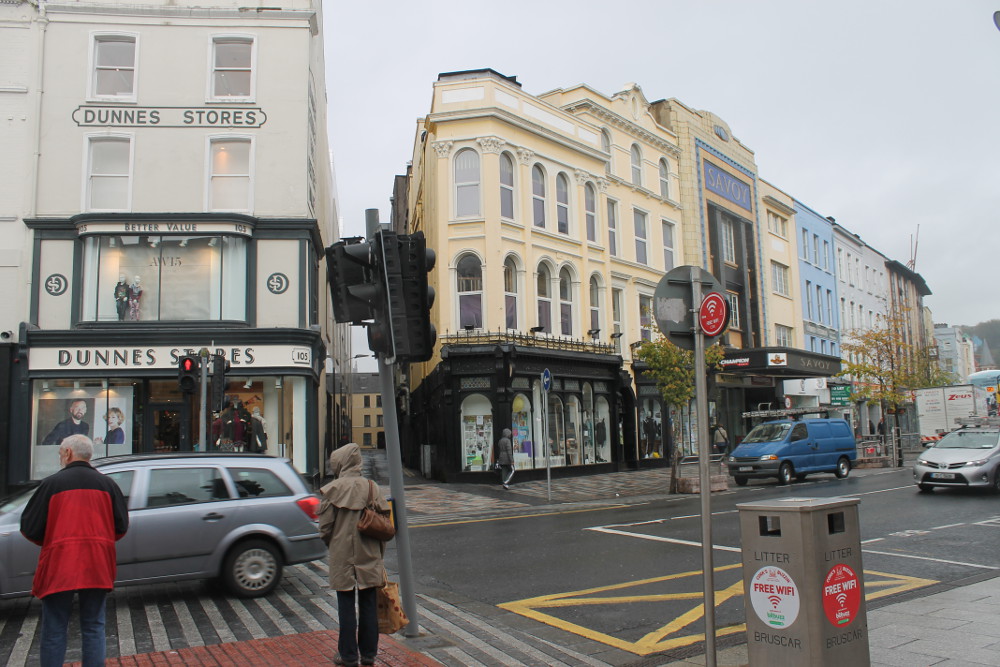 In this area you’ll find everything. From Starbucks to McDonalds to the big British and Irish brands and companies such as, Dunnes Stores, Penney’s (known as Primark in the UK and Germany), Tesco, Topshop or Marks & Spencer’s. Much more interesting than all the well-known shops are all the small, unique pubs, restaurants, cafés and shops with their coloured wooden facades and flags. They can be found in the side alleys mostly. I rarely found a place with so many different and pleasant smells in the air such as Cork’s alleys I guess. Whether the hearty smell of steaks, burgers and sandwiches as they’re served in restaurants and pubs like “Drake’s Bistro”, the smell of traditionally crafted sweets and cake as offered in the sweetshops and confectioneries, or the smell of freshly brewed coffee and hot chocolate from the cafés and coffee shops such as O’Connail’s or the Cork Coffee Roasters, which (even though I hang a lot at Starbucks and probably like it) appear to be a completely different little world for me as the average big-city-coffee drinker. 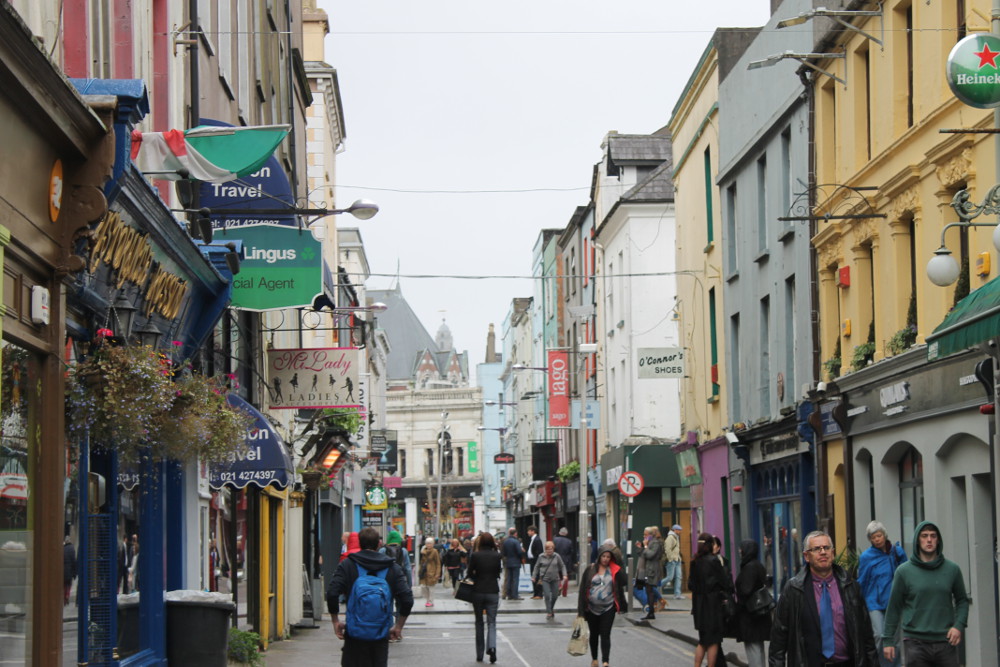 The Life beyond the river, is calmer but at least as charming as in the city’s heart. My Host family lives in a district called Glasheen south the river and next to a small lake called “the Lough”. Glasheen consists of charming detached Houses lining the streets up and down among the hills. A few little parks and family-run stores such as butchers and bakeries can be found here as well. A piece of German Home, in the form of a Lidl branch, is located in Glasheen as well. What I like most probably is the difference compared to a big city or even to Cork’s dynamic centre. When I walk down to the bus stop in the morning for work, it’s usually pleasantly cool (for me). I pass the misty lake and some meadows and there are crows sitting on the power lines and fences. Some delicate sunbeams are peeking through the greyish cloud covers and fog. As far as I can argue this seems to be a typical October morning in Cork. I LOVE IT! (Except the numerous bus delays…literally…there wasn’t even one day yet the bus arrived in time.) 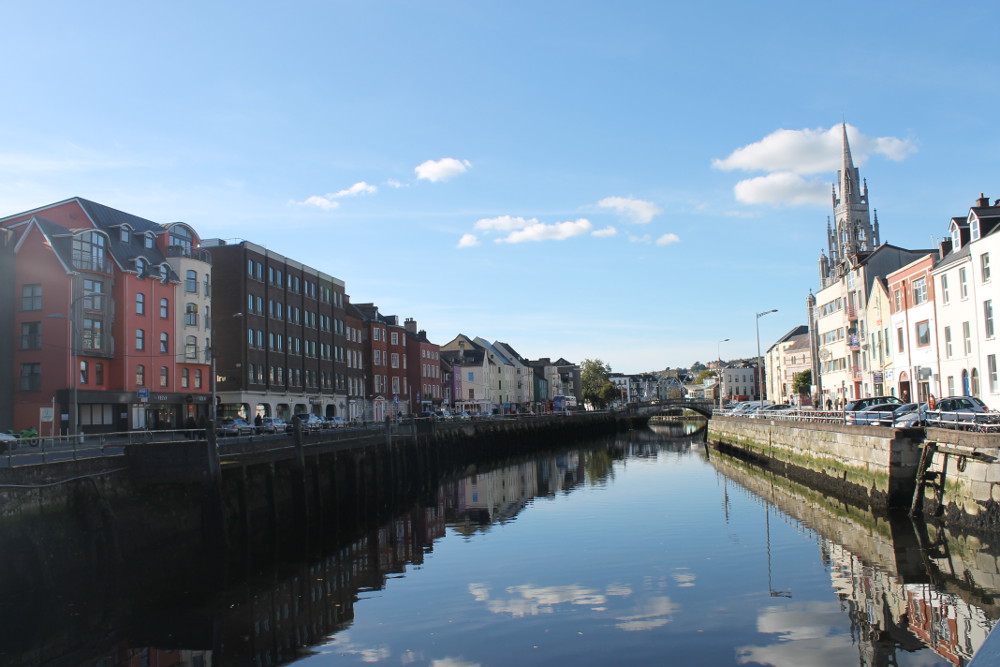 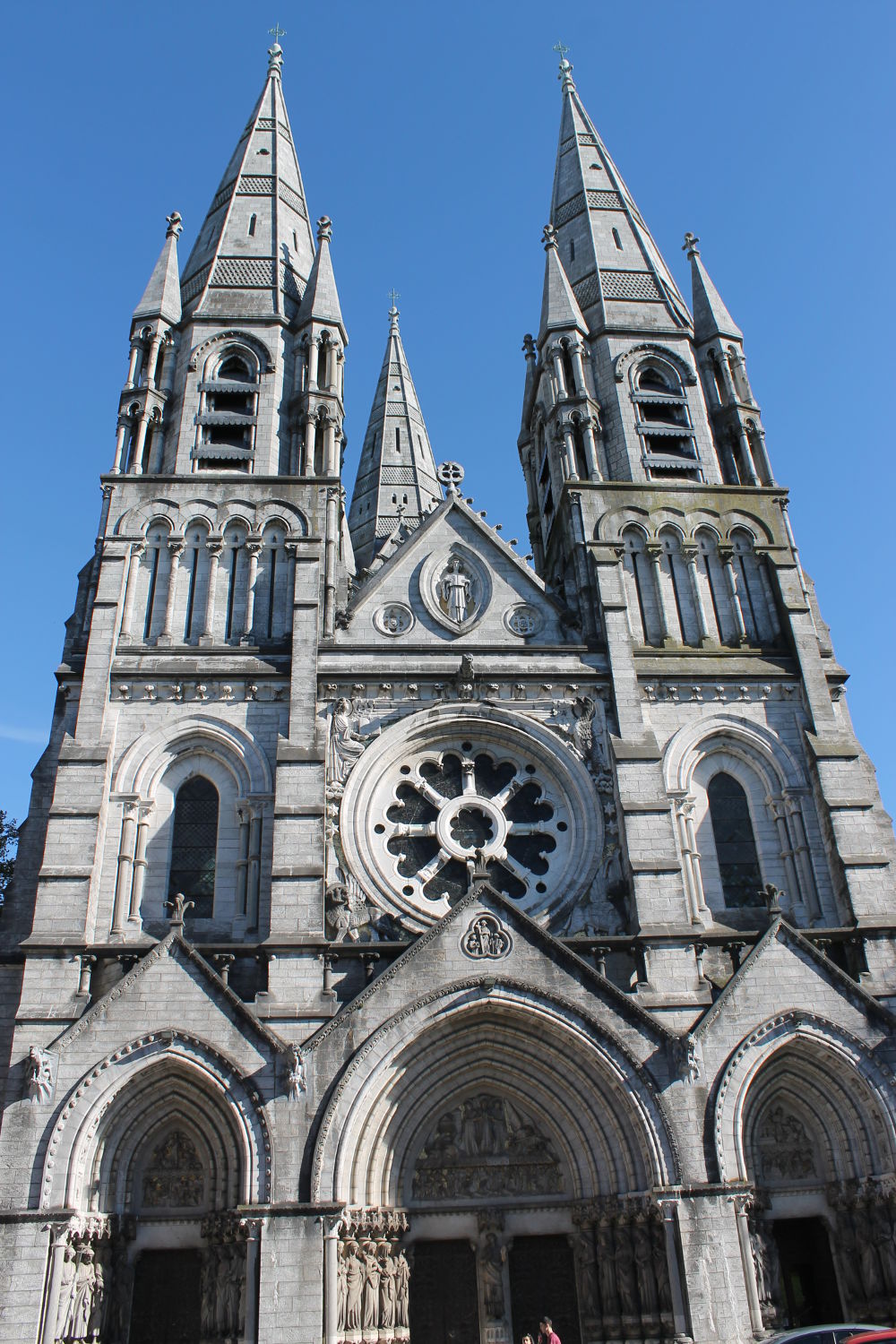 In the southern part of the city, there are a few places worth a visit, such as the UCC University College Cork, Fitzgerald’s Park, St. Finbarre’s Cathedral or the Cork City Hall.

Going up to the northern part, there can be found a few interesting places as well. When you cross the river Lee over the St. Patrick’s Bridge towards north side, you will stand in front of a slope which could be seen in San Francisco as well. On top you have a really nice view across the city. To the left and the right there are again small streets and alleys full of colourful old houses, pubs, coffee shops etc. When you follow these west side, you will get to a few interesting places such as the Cork Butter Museum or Cathedral of St. Mary and Anne. You will have a beautiful sight when you follow the river down to the Mercy hospital as well. 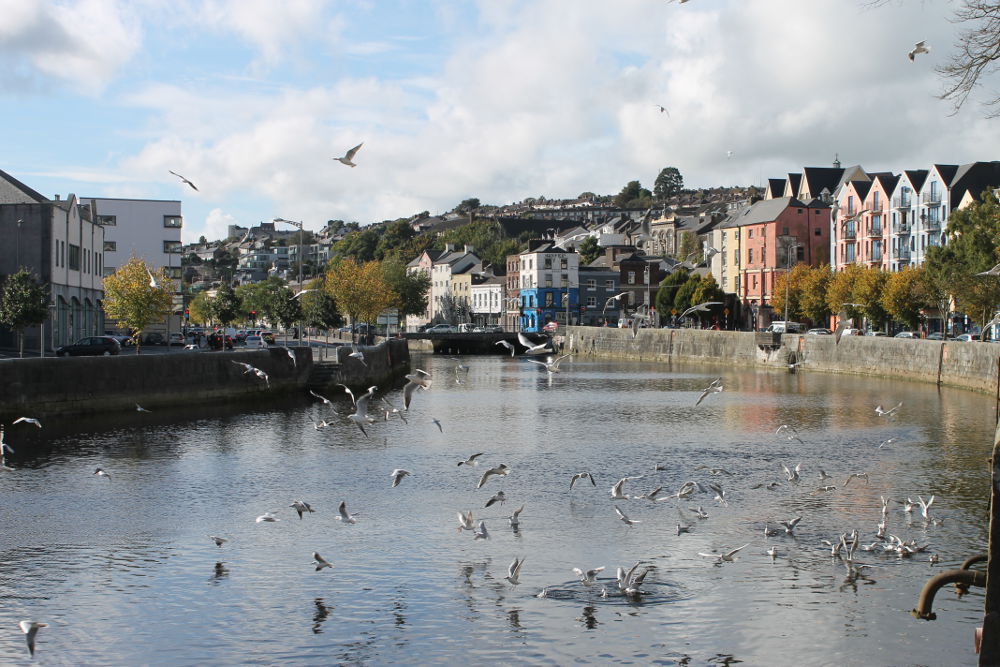 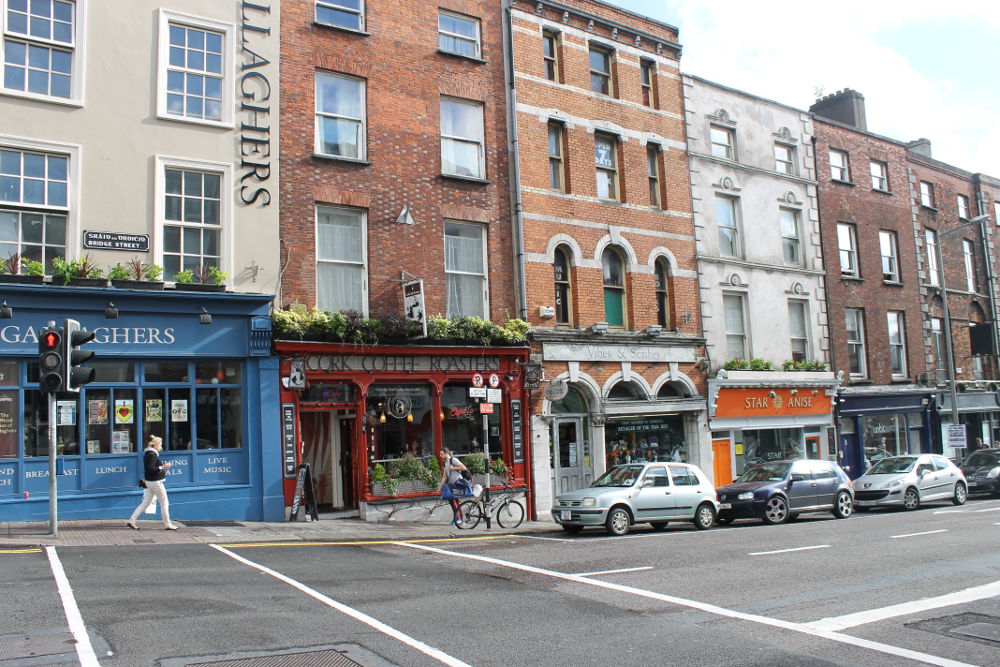 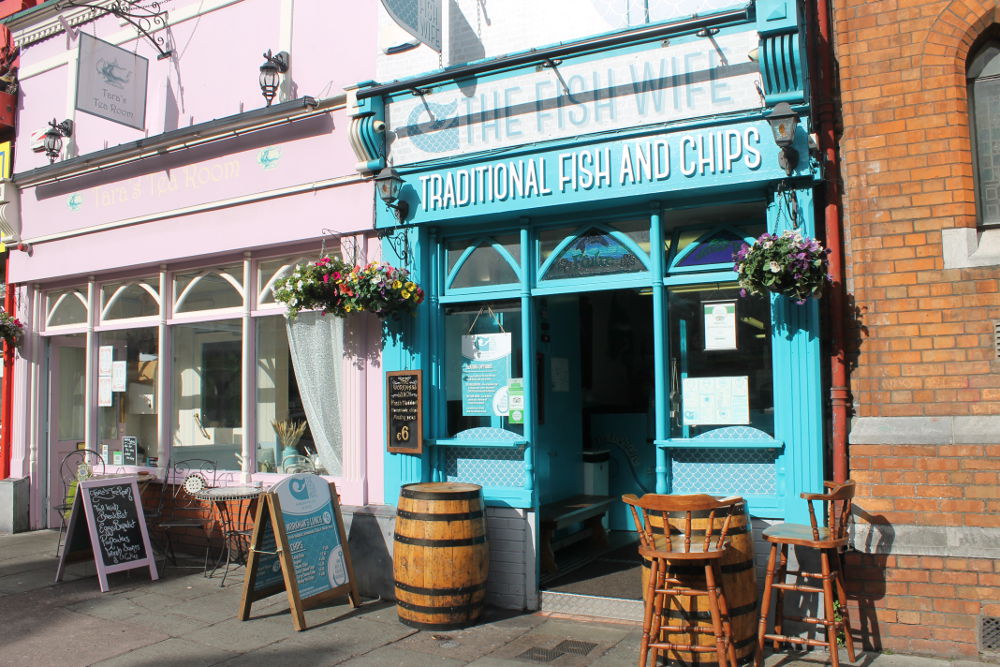 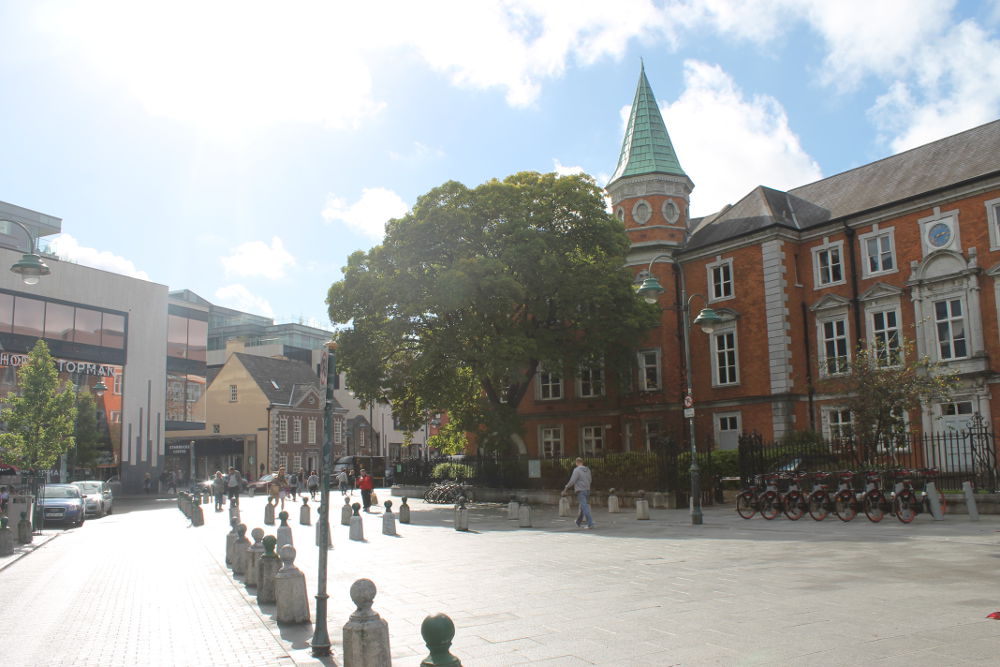 Working and studying abroad is a fantastic way to immerse yourself in a new city and culture and it’s the best way to learn the language. If this sounds like something you’d like to do then don’t hesitate to get in contact with us today. If Cork sounds like the city for you then check out our internship programmes and language courses in Cork  and start your career adventure today!